All told, the Half Past Danger panel on Sunday went rather well. My very good chum and future nemesis Dec Shalvey had control of the moderator's mike, and he guided us gently yet forcefully through the conversation, like a man who knew exactly what he wanted. I guess the biggest news-nugget was that the book has found a home with IDW Publishing. And what a home. Utterly, genuinely giddy and delighted to be back with the powerhouse California-based publisher that has been responsible for most of the highpoints of my comic career thus far. The editorial staff there, led by the dashing and benevolant Chris Ryall, are simply a pleasure to work with, and showed the most enthusiasm to provide the project with a home. They know what it is I'm trying to do with Half Past Danger, and are eager to help squeeze out every last once of potential. I know that the package will look absolutely beautiful in their hands, as they have the best design and production teams in the biz, bar none.

Plus, they really liked the name.

Other topics were discussed on the panel too; mostly the themes and subject matter of the book. Jordie was on hand to decipher some of my more incoherent ramblings, and did a delightful job of putting her views on the style and aspirations of the book across, not to mention speak beautifully about the colour theory and palettes that she's intending to employ in the upcoming issues. Again, couldn't be happier that she's onboard, it's lovely to have a partner through the creative process.
I must mention Declan and the other Micks at this point, the book simply wouldn't be what it is nor what it aspires to be without the input and sounding board facilities that these fine fellows constantly offer. I've been working on HPD now for the guts of eleven months, in somewhat of a void. The work is certainly being done, but until now there was no clear endgame, and the encouragement and criticism from the guys has been invaluable. Very hard to know what track you're on at all without such solid opinions to bounce stuff off.

Now the deal is done with IDW we can set some hard and fast deadlines, and I'll have more concrete targets to aim towards. I'm hoping myself for a May release next year, but that's yet to be discussed with the publisher. I'll keep updating here in the buildup to the release, with any news I get, both positive and negative. But hopefully much more of the former!
If we do shoot for a May release (I want the book to feel like a summer blockbuster), I'll be on the last issue when the first hits stands, so I GUARANTEE (not a gaurantee) that regular shipping will not be an issue. I've always loathed missed deadlines/shipping dates on books I'm collecting, so I'll be making absolutely sure that isn't the case with mine. Getting the whole series finished before release means basically eighteen months without a real paycheque, but that's what you sign on for I guess. Awfully glad I put away all those savings in order to try this now! Plus of course, unless the book breaks even or moves into profit there'll be no paycheque at the end, either, but you plays the cards yer dealt. I know it sounds hokey that the main reason I'm doing this is for me, but it's the truth. I'd fallen a little out of love with comics over the last couple of years, and the process so far on HPD has really re-stoked that fire for me. It's so much fun working on something that you genuinely LOVE. It's a cliché for a reason. Money is a hell of a reward, but it's not the biggest reward. What I'm after is an end product I can be really proud of, one which I did mostly on my own, with contributions from people (mainly Jordie, but also several ridiculously talented and high-profile as-yet unannounced guest cover artists) that I TRULY respect and have long wanted to work with. If I can manage that, I'd at least be satisfied, and happy.

That said, shedloads of cash on top would be gravy.

So, getting back to the panel; it all went really well. The room was pretty full, and people asked a lot of questions and seemed genuinely enthused by the prospect. I think the crowd mirrored my own feelings that there might just be a place for a high-adventure pulp book like this in the marketplace, and people will at least give it a chance and support it when appears. That's my major hope in any case. One thing I can say beyond doubt is that there's nothing quite like Half Past Danger out there on the stands right now, so hopefully that will afford me the good graces of curious and interested readers. I reckon if I can just get them onboard for the first issue, I can hook 'em.

Another snippet of info from the panel was the news that Dec Shalvey of Marvel and DC fame will be providing a backup tale for the series, and it'll be co-written by Dave Hendrick and myself. Dave will be handling the lion's share, and I feel that he's a major talent in-waiting. I've read many of his scripts, and they're genuinely fantastic. I wouldn't let anybody I didn't trust implicitly near these characters, and Dec and Dave are two of the best. Can't wait to see what they come up with. The backup tale will be on top of the 26-30 pages of story in each issue, so it should provide plenty of bang for the readers' collective bucks.

So that's that for the moment, massive thanks to the Hendrick boys for putting on a great show, and even more-massiver thanks to Dec and Jordie for all the sterling help with the panel, and more importantly with the book in general. Those guys are the real heroes.

Well, except for me. I'm the REAL real hero. 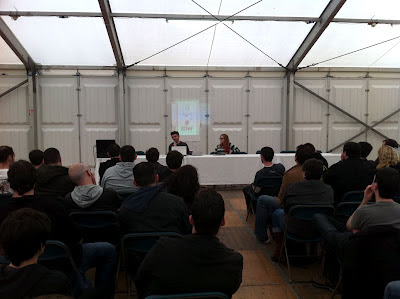 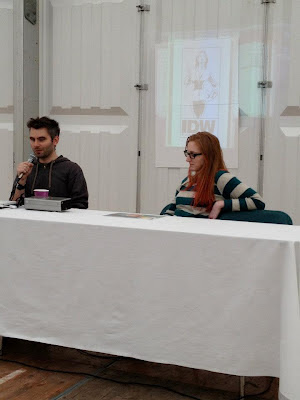 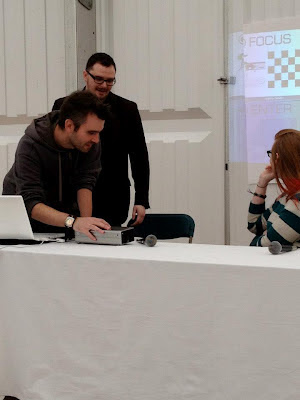 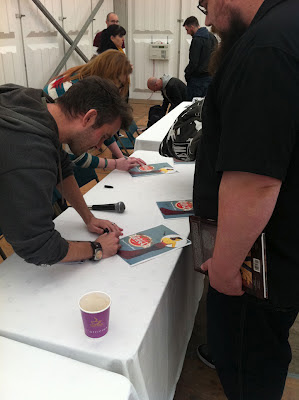 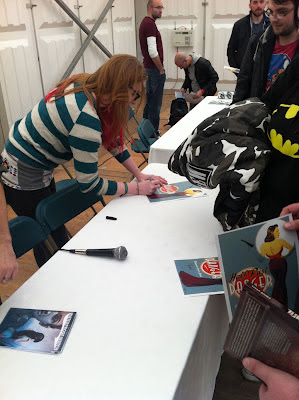 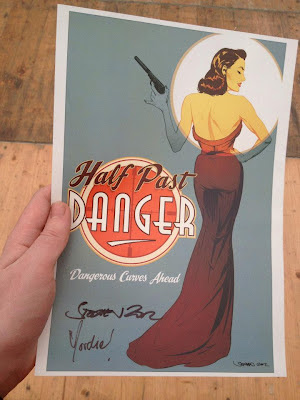 Cheers to Deccles for the photos!